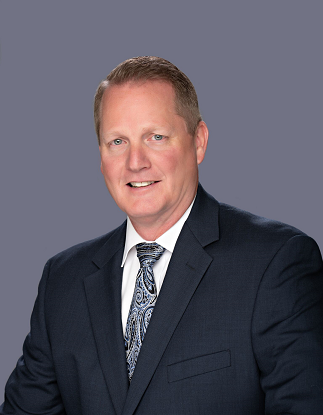 Union General Health System Chief Executive Officer (CEO) Kevin Bierschenk was installed as Chair of the Board of Trustees of the Georgia Hospital Association (GHA). Bierschenk has been a member of the Board for five years and will lead the Board in developing strategies for GHA hospital members, advocating for the highest quality care for patients, and supporting adequate reimbursement for hospitals.

“Kevin Bierschenk is a knowledgeable, well-respected leader with years of experience that will serve him well in this role,” said GHA President and CEO Earl Rogers. “We look forward to his service.”

Bierschenk has served as CEO of Union General Health System since February of this year, where he is responsible for the management and operations of the health care system and its 21 facilities, which include two hospitals, two nursing homes, a wellness center and several specialty clinics.

Bierschenk previously served as CEO of Dodge County Hospital in Eastman for 12 years. He has a strong background in finance and operational management and is credited for the significant turnaround of the Dodge County Hospital’s assets and operations during his tenure there. His prior experience also includes serving as CEO of Southwest Alabama Medical Center in Thomasville, Ala. He also served as chief financial officer (CFO) and interim CEO for Mountain Lakes Medical Center in Clayton and as CFO of Chestatee Regional Hospital in Dahlonega.

Bierschenk is a past member of the Eastman Rotary Club and the Dodge County Chamber of Commerce. He has also served on several boards, including The Boys and Girls Club and Three Rivers Home Health Agency. He is a past chairman of GHA’s Center for Rural Health.

Bierschenk received a Bachelor of Science in finance and economics from the University of South Carolina in Columbia, S.C.

Founded in 1929, GHA serves more than 170 hospitals in Georgia and promotes the health and welfare of the public through the development of better hospital care for all Georgia’s citizens. The mission of GHA is to advance the health of individuals and communities by serving as the leading advocate for all Georgia hospitals and health care systems. GHA represents its members before the General Assembly and Congress, as well as state and federal regulatory agencies, and is an allied member of the American Hospital Association. For more information, please call 770-249-4500 or visit gha.org.